Publicado por Christian Dan Bejarano el mayo 22, 2008
Reading Images - por Julen Santiago
( Versión Española: pincha aquí )
When telling a story, we do it in an particular order, highlighting some things and omitting irrelevant ones. That is, we lead the receiver of the story through it.

A western reader learns that he has to read a book from left to right, top to bottom. He knows these rules and is able to easily start the reading, without needing any advanced knowledege on literature or on narrative. But with images it doesn’t happen the same thing. There is no default way to “read” an image (and it’s not taught to us either, despite being surrounded by them).

Well, there are several ways to lead the spectator’s attention through an image, although he might not be aware of them beforehand. For example, it can be done through the use of color, the lights and shadows or the composition. And it’s this last one, one of the most powerful tools for a image creator, whether photographical, pictorical or cinematographical.

In “The Surrender of Breda”, the keys are perfectly well framed through the interplay of light and shadow between the background and the bodies of the Governor of Breda and the Spanish General. The keys are visible to everyone watching the picture and, more than that, they will be one of the first elements to be seen. If the keys had been painted inside the general´s silhouette they would probably had been lost in the dark background of his armor. And then the whole concept that gives meaning to the picture, the handing of the keys of Breda, and therefore the surrender of the city, would be blurred among the other objects that form the picture. 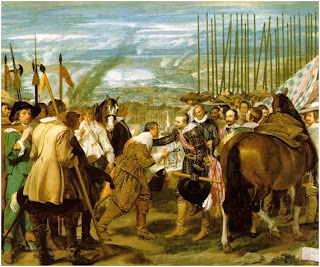 If Velazquez had decided to paint a moment a bit later in time, he would had needed to highlight with big arrows that the General Espínola already had received the keys, and that would be odd... 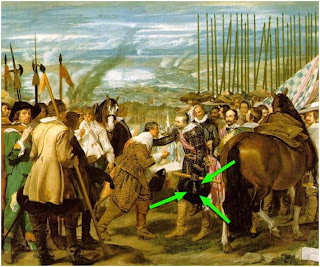 This can give us a general idea of how important it is to have a good composition in a picture, either a painting or a photograph.

But, what happens with changing images?. A picture is something that the spectator can review several times, knowing that the image won’t change. However, it doesn’t happen the same with a film, where the images follow one after another without giving any chance to the viewer to calmly review them.

A regular movie is full of sequences, scenes and shots. These are constantly moving. There are constantly camera movements, actors movements, cuts and set changings. Many shots last LESS than a second!! And even though, we don’t miss a single detail of what happens in the screen, always depending on the mastery of the author.

Cinemathography uses several ways to attract the audience attention to a one determined point of the “canvas” (the screen). It uses color sets, lights and shadows and, of course, the composition. If they didn’t use these methods, the spectator could miss important details to understand the story.
And in a movie theater you just can not ask to rewind the movie because you missed something!!!!

Animated movies are no exception. It is cinema, after all. And we can find very good examples of using the compositions to highlight some elements or focus our attention on a specific point of the story.

A human hair is something too small to be seen in a scene with a rich and filled background. But in this shot of Ratatouille you just don’t miss it. It even seems way too obvious, but during the movie, no one realizes about the fact of the hair being so perfectly framed within the background window.

Also in Ratatouille we found another good trick to lead our attention. This, much more subtle, but as effective as the previous one.

In this case, the background is used again to highlight a specific region of the picture. Look at how the planks point to the place were Emile will appear. Nothing is left to random. Think again, if the authors had opted for another composition, they may had disadvantaged the flow of the storytelling.

We live surrounded by images, good and bad ones, of all kinds, and we can enjoy them as they are, or look for the reason why we like them and, incidentally, found curious or interesting things to learn from. Both options are good.

In this article I’ve talked about somethings that grab my attention but I also wanted to talk about how an image creator is also a story writer, in their own way. Telling things in a particular order, emphasizing some, and ignoring irrelevant ones, but always making decisions.

I hope you have enjoyed it and that it has thrilled you up enough to make you dive into the grammar of images.
Bye and see you soon! 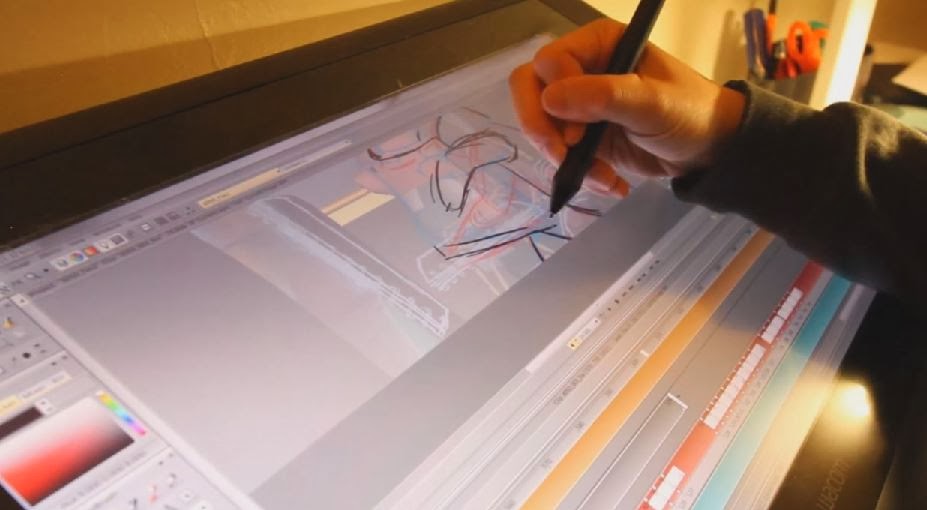 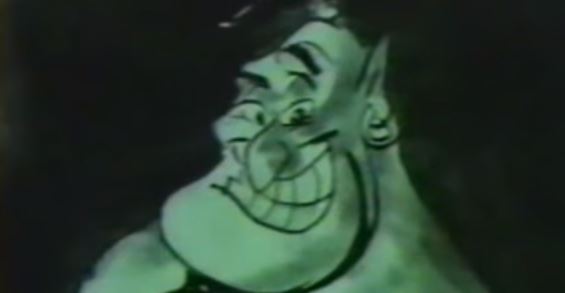